We introduced you to him back in June, and now he has returned from a six-week assignment as an engineering consultant in Mauritania. So we interviewed him again. He is Renaud Préat, a Syngenia engineer seconded to the Renewable Energy division of Tractebel Engineering. He was all smiles after his latest experience.

For me, it confirmed that the engineering profession requires great adaptability. Once I was in the field, I faced a reality that was different to the one foreseen at the outset. In fact, the contractor hired to build the wind turbines had fallen considerably behind schedule at the site and the preconditions specified in the contract for starting the tests had not yet been fulfilled. So I handled the follow-up work on the wind farm, rather than my planned task of verifying the turbines compliance.

Exactly. You’re confronted with different work mentalities. The notions of schedules, time and urgency aren’t interpreted in the same way by each of the actors in the field. The notion of necessity also has to be taken into account. In Europe, a wind turbine of the type installed in Mauritania supplies electricity for 3,500 people, and if the turbine is down, this output can be made up by other means. So the building work can take place in relatively calm conditions. In Mauritania, the same turbine can produce enough electricity to cover the average domestic requirements of more than 150,000 people, or even more if we concentrate on the poorest groups. Production and distribution failures also have to be borne in mind. For instance, at one point, one of the power stations couldn’t inject electricity on the network, and the wind farm, which was still being tested, had to be used to maintain output. At the time, we were still waiting for the results of the measurements on the outgoing power lines and we didn’t know if we could use them at full capacity. So the option taken was to feed in limited power, and at that moment the wind farm provided almost 15% of the production for the town. In such cases, our role is to ensure that the technical compromises made don’t pose a risk to the wind farm or the network. Quite apart from all the negotiating this entails, it’s very interesting when two worlds meet face to face like that. You have to strike the right balance between the contract, the client’s needs and the wind farm’s long-term performance. And at the same time, you have to keep the staff safe.

As well as being on another continent with a different way of life, it’s also true that my mission took place during Ramadan. You couldn’t just ignore the fact that workers have to wait till evening before they can drink and eat, in a part of the world where the temperature sometimes goes above 40°C. That calls for the adjustment of working hours and conditions, as well as a great deal of understanding. So I was all the more appreciative when a local colleague asked me round to his house for The Eid Feast morning meal (the meal celebrating the end of Ramadan).

Yes. After experiencing temperatures of up to 50°C inside the turbines, I needed to cool off, so I went on a walking tour in Iceland. That was really something else, but discovering different universes is what I’m all about.

Be adaptable, without ever losing the desire to work within the rules of the game, and consult the experts to see where concessions can be made without compromising the proper conduct of the project.

Yes, even though it’s not always easy, a mission abroad is always a very enriching experience, both personally and professionally. 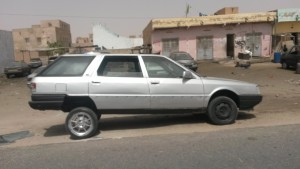 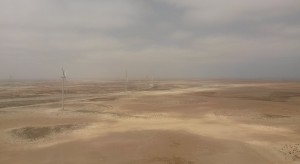 You can find out more about which cookies we are using or switch them off in settings.

This website uses cookies so that we can provide you with the best user experience possible. Cookie information is stored in your browser and performs functions such as recognising you when you return to our website and helping our team to understand which sections of the website you find most interesting and useful.

Strictly Necessary Cookie should be enabled at all times so that we can save your preferences for cookie settings.

If you disable this cookie, we will not be able to save your preferences. This means that every time you visit this website you will need to enable or disable cookies again.

This website uses Google Analytics, Hotjar and Herefish services to collect anonymous information such as the number of visitors to the site, and the most popular pages.

Please enable Strictly Necessary Cookies first so that we can save your preferences!